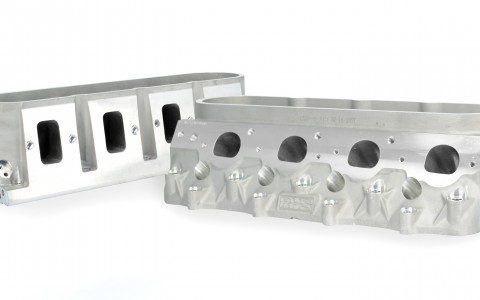 A Look into LS Cylinder Heads

There are a wide variety of OE, original equipment GM LS cylinder heads that flow excellent numbers and perform right from the production line. Depending on the application, the L92/LS3/LS7 cylinder head can support well over 1000+ horsepower. Take these heads and have them Custom CNC ported by a company like West Coast Cylinder Heads and now you are talking some serious power potential! 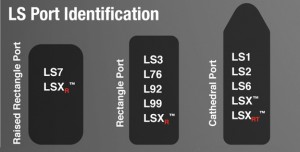 One other difference to note is the LS9 block uses 12mm head bolts while all others use an 11mm.

ROCKER ARMS
The LS7 rocker arms feature a 1.8:1 ratio while all other LS engines are at a 1.7:1. OE rocker arms feature a trunion bearing at the pivot point. This has been found to be a weak point in the LS valve train when running aftermarket high-lift camshafts and stronger dual valve springs. The bearing cages can fail allowing the needle bearings scatter into the engine. There are several aftermarket options to fix this issue. Brian Tooley Racing offers a bearing and snap-ring upgrade which is a very effective and economical approach. For all out racing applications and durability the best choice is the elimination of the needle bearings all together. CHE Precision offers LS rockers arms fitted with a proprietary material bushing eliminating the bearings altogether. This allows the rocker arms to survive the extreme rigors of high RPM race engines. 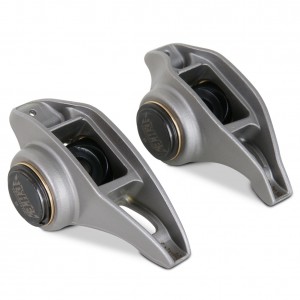 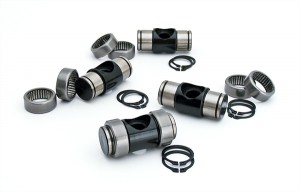 Depending on the cylinder head there are differences on how the rocker arms are mounted. The LS7 head has a cast in rocker arm pedestal, while all others use a separate mounted cast aluminum plate. The rails for the LS1, LS2 and LS6 feature the pedestals centered on the rail. Each edge of the rail’s length is straight. The rails for the LS3, LS9, L92, and L99 are located offset with one side of each pedestal extended out. Most aftermarket heads feature cast in rocker arm pedistals for added durability and less individual parts.

VALVE SPRINGS
The OE LS7 cylinder head is equipped with a straight shape valve spring while all other OE LS cylinder heads are equipped with Beehive-Shape springs. The lower coils are round and taper up to a smaller diameter resembling a Beehive. This shape provide superior dampening and control over spring harmonics. Spring technology has advanced over the past 10 years in material, weight and shape. Reducing the valve train weight helps to keep the all the components and harmonics inline. The LS valve train is a “No Lash” system. The lifter pre-load is determined by the length of the pushrod. Depending on the base circle diameter of the camshaft, the lifter and rocker arm will determine the correct length pushrod. Also keep in mind OE lifters like more pre-load compared to the Johnson 2110’s. I use Johnson Lifters exclusively on all my LS engine builds. 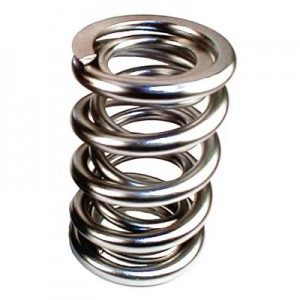 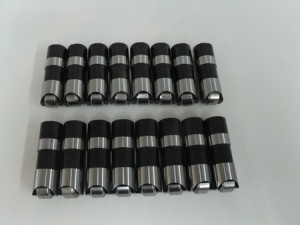 The LS Engine has been around for nearly two decades powering millions of GM cars and trucks. General Motors has spent a tremendous amount of time and money to develop the LS Cylinder Head and Engine.  With the addition of some properly ported cylinder heads, a specific high lift camshaft or a supercharger the LS engine is capable of producing excellent power with great reliability.