When you are building custom cars there is always that one project that seems to just keep on going. This is the case with this Z06. I received the Corvette with an A&A 6 rib kit, cam, Kooks long-tube headers, Dewitts radiator and an ARE dry sump upgrade. The customer was in love with the car but wanted to make some big changes. This was a great foundation to start building on.

Boosting a stock LS7 can be a bit risky. The cylinder walls are very thin a can crack with the slightest amount of detonation. Early LS7’s have also had issues with excessive guide wear causing the valves to break. After pushing this LS7 to the limit, cylinders five and seven let go. Both pistons broke just above the top ring land and cracked both cylinder walls. So now was time to make some major upgrades. 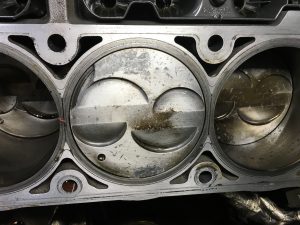 The engine block was upgraded to a new sleeved LS7 block with all Callies/Weisco forged internals. The cylinder heads were sent to West Coast Cylinder Heads to be repaired and have them work their CNC magic. They installed a set of BTR .660” Platinum springs, titanium retainers, new Del West valves topped off with CHE rockers. 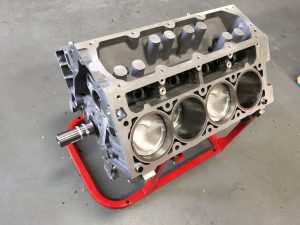 Brian Tooley from BTR spec:d a custom blower cam to maximize power on our new combination. Matched with the cam were new pushrods, Johnson Lifters and an IWIS timing chain. The original A&A supercharger was maxed out and at high RPM the intake air temperatures were very high. Upgrading to a YSI with an 8 rib pulley was an easy fix.

The larger supercharger can make more boost while keeping the intake air temperatures low. With the extra boost available, the intake manifold was upgraded to a FAST 102. 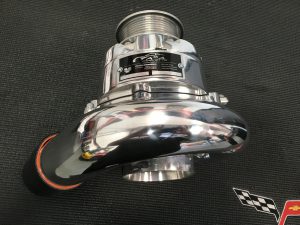 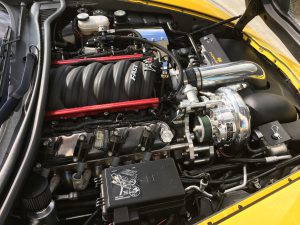 The stock fuel system in the C6 can support over 500 horsepower. Adding a boost-a-pump and just over 600. This type of build needed a much more robust fuel system. Fore Innovations makes a complete fuel system capable of supporting over 1500+ horsepower. The stock, single pump was upgraded to a billet module holding two TI Auto pumps. This set up eliminates every stock component in the fuel system other than the sending unit. -10 Starlite braided hose was ran from the fuel tank to the left front fender. From there a billet Y-block splits the fuel to the back of each fuel rail. Coming out of the front of the rails the fuel lines are routed into the regulator. Exiting the regulator is a single -8 return hose routed back to the tank. Routing the pressure lines in parallel ensures they are both fed first then looped together after the injectors. The fuel rails are made from billet aluminum and feed the Injector Dynamics ID 850’s. 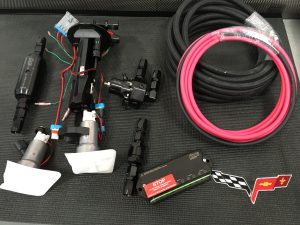 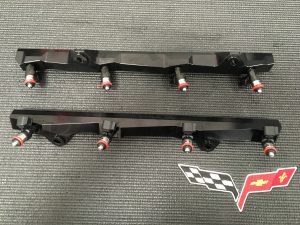 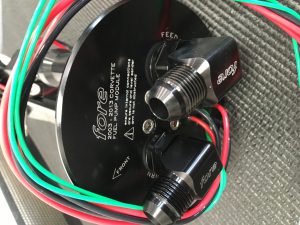 When you are making north of 800 flywheel horsepower, getting all the power to the ground can be a bit challenging. First in order was upgrading to an ACT dual disc clutch with a lightened flywheel. Followed down the torque tube to a Hurst short throw shifter, finished up with 1500HP hubs and axles from Driveshaft Shop. LG drop spindles, AFE Coil-overs along with smaller calipers were installed to accommodate the Weld Racing Wheels wrapped in Mickey Thompson slicks. 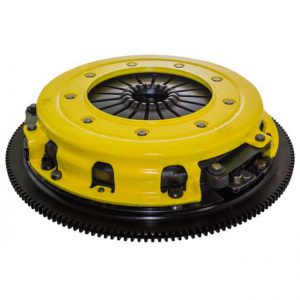 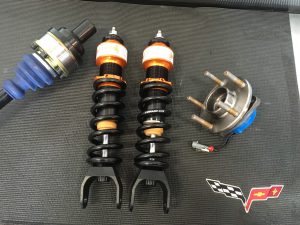 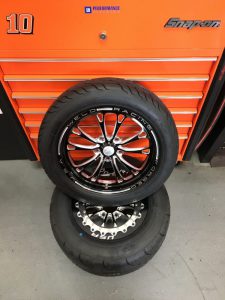 This car is fully capable of running a low 10 second eta in the quarter mile. To comply with NHRA rules and local dragstrips a 6-point cage was installed from RPM Rollbar. Fitted in between the cage are seats from Corbeau and G-Force five-point racing harnesses. The front interior was finished up with custom carbon fiber pieces and a dual Autometer gauge pod. The exterior was enhanced with a carbon fiber hood, splitter, skirts and diffuser from Seibon and C7 carbon. The additional vents in the hood will help keep this engine running cool. Two additional mods were an axle back exhaust from B&B and a cat-less X-pipe from Kooks. 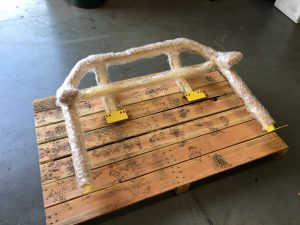 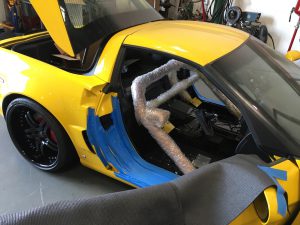 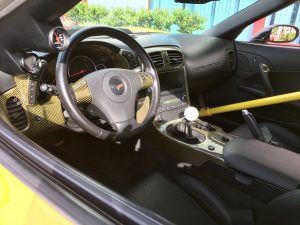 The final result is a beautiful, unique C6 with excellent driving manners capable of running strong on the street or strip. 704 Peak RWHP@ 6800 RPM, 661 Peak RWTQ @ 5000 RPM. Max boost came in at 10.76 PSI. Put on a set of street tires and you have yourself
one hell of a daily driver! 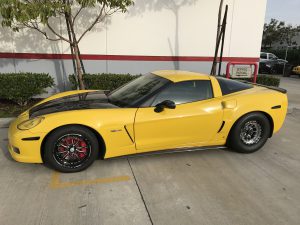 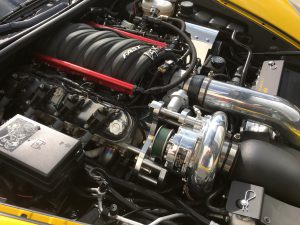 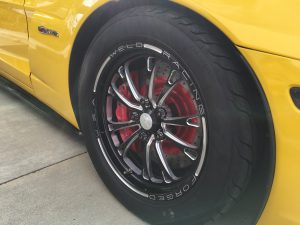 Check out the sound of this beautiful machine!