The past three generations of Corvettes have used a one-piece driveshaft ran through a torque tube. This has enabled engineers to design a more evenly balanced vehicle by moving the engine and transmission to the rear. The shaft is held in place at each end with large bearings and rubber couplers. Over time these rubber couplers can become weak and distorted causing a vibration and eventually fail. This is more common in high horsepower applications. The Driveshaft Shop offers several options for upgrading the driveshaft for six generations of the Corvette. This article will focus on a 2017 C7 Grand Sport Corvette with the 8-Speed Automatic transmission.

Removing the torque tube assembly is a very involved process that it most easily done with a lift, a transmission jack and several pole jacks. It can be removed with the transmission and differential connected or removed separate if the engine is out. It has a bellhousing at each end and depending on what type of transmission different splined shafts. 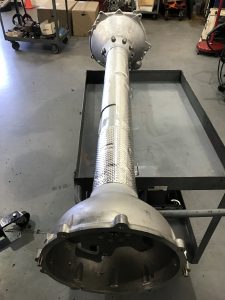 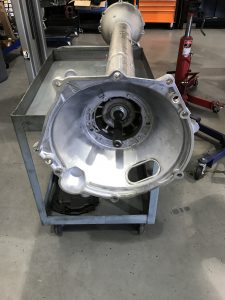 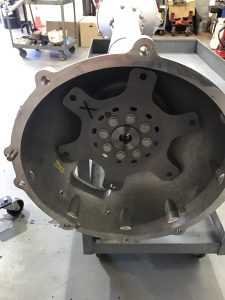 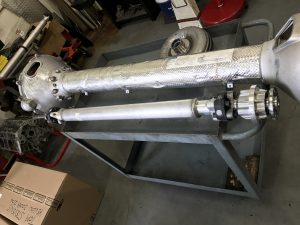 Here is the stock aluminum shaft compared to the DSS Carbon Shaft. The factory end shafts are transferred over to the DSS shaft using new 12.9 grade hardware. This model carbon shaft eliminates the weak rubber couplers at each end. The solid connection will provide the strongest possible union between the engine and transmission. 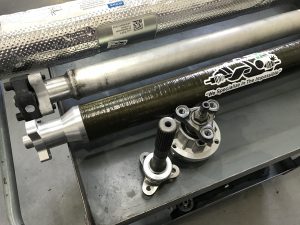 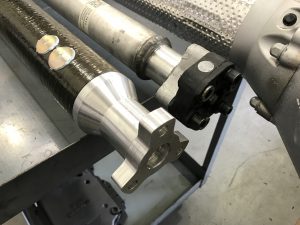 The driveshaft ends are CNC machined and after final assembly the entire unit is high-speed balanced to ensure a perfect centerline. This shaft bolts on with no additional modifications needed. Reassembly is done is the reverse order of disassembly. Care should be taken when reinstalling the torque tube assembly paying extra attention to the alignment of the front and rear shafts. Verifying crankshaft end-play is also necessary. The DSS carbon driveshaft is rated to withstand well over 900 horsepower