In a bizarre last lap finish Corvette Racing’s Oliver Gavin and Tommy Milner won the GT Le Mans class at the Bubba Burger Sports Car Grand Prix of Long Beach. This is the sixth victory for the team and Chevrolet in Long Beach in the IMSA WeatherTech SportsCar Championship.

The two C7.R Corvettes were running 1-2 with 10 minutes left to go. Gavin drove the first 42 minutes before Milner took the wheel. On the last lap, a multicar crash blocked the final turn headed toward victory lane. Having seen this situation about an hour earlier Milner chose the inside lane. This proved to be the winning decision. One of the cars involved in the crash moved out of the way allowing the No. 4 Corvette to get through and speed to the checkered flag.

The next race for Corvette Racing is the Advanced Auto Parts SportsCar Showdown at the Circuit of The Americas in Austin, Texas on May 4-6. 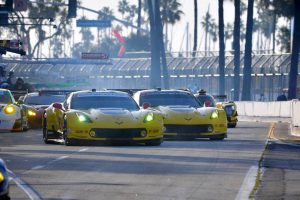 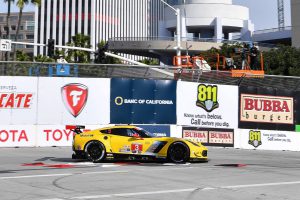 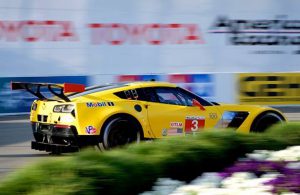 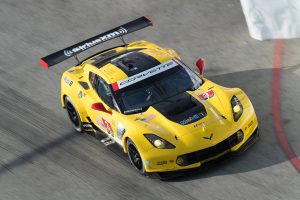