The next generation Corvette becomes available in late 2013 and will be sold as a 2014 model.  Orders for 2013 C6 Corvettes will only be taken for nine months because the Bowling Green Plant will be shut down for up to six or seven months to prepare equipment for the production of the new C7 Corvette model. Dealerships that plan to sell a large volume of C6 Corvettes during its last production year are also being advised to stock up so they have enough inventory to carry them through the Bowling Green Plant shut down while they wait for the C7.

GM is advising dealerships that want to have a shot at getting a C7 allocation, they must agree to “invest in special tools and training for the dealership’s personnel” to meet the needs of C7 Corvette buyers. 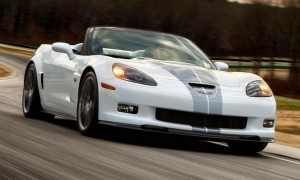 The 2013 Corvette marks the end of the C6 generation of the car. With history as a guide, the last year or two of nearly every Corvette generation has produced some of the best examples in the sports car’s family tree.