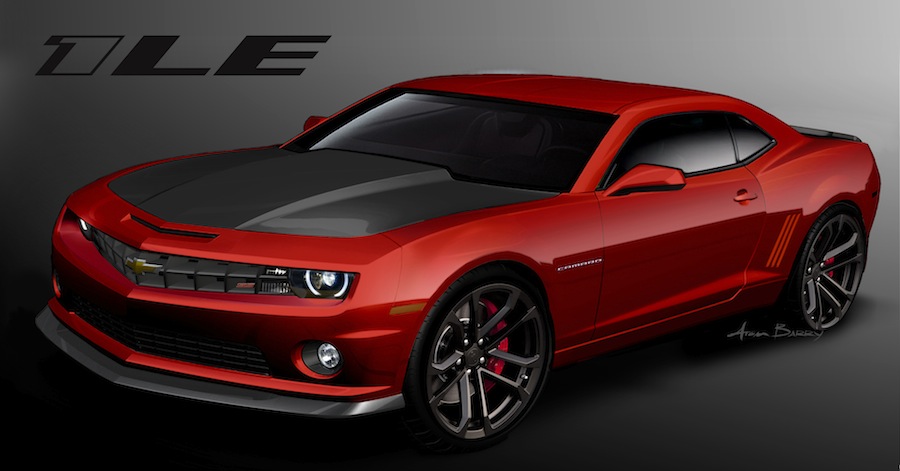 The legendary 1LE option package will return to the 2013 Camaro. The 1LE performance package borrows production components from both the Camaro SS and upcoming Camaro ZL1 to deliver a competition and road course-ready package.

The 1LE also features exclusive, mono-tube rear dampers instead of the twin-tube dampers on SS models. The new hardware allowed engineers to tune the 1LE suspension to focus on optimal body-motion control, while preserving much of the ride quality and wheel-motion control of the Camaro SS.

Other changes to optimize the 1LE for track-day use include:

Inside, the 1LE package incorporates the ZL1’s flat-bottom steering wheel, trimmed in sueded-microfiber and designed for easier heel-and-toe driving on the racetrack. The quick-acting, short-throw shifter from the ZL1 is also trimmed in sueded microfiber.

All 2013 Camaro SS models, including the 1LE, will benefit from performance technologies that debuted on the 580-horsepower Camaro ZL1.

The improvements began in 2012, when all SS Coupes incorporated the ZL1-derived chassis element: Stabilizer bars with drop links repositioned outboard of the control arms. This made the stabilizer bars four times more effective than in previous models, for improved control of body roll and crisper response to steering input.

New for 2013, the electric power steering system developed for the ZL1 will be standard on all 2013 SS models. The variable ratio, variable effort system provides light efforts for easy maneuverability at parking-lot speeds as well as increased resistance at higher speeds. This provides more feedback, and a more direct steering feel, to the driver.

Also new for 2013, is an available dual-mode exhaust system, available on Camaro SS models with the LS3 V8 engine and six-speed manual transmissions. Similar to the systems found on the ZL1 and Corvette models, this vacuum-actuated system provides a quieter driving experience at low engine speeds and a more aggressive sound at high engine speeds.

The rear spoiler in Smoke Gray adds to the aggressive look and aerodynamic efficiencies of 1LE.

This four-piston brake system is considered world-class in the high-performance vehicle niche. It provides excellent fade resistance and is engineered to stand up to repeated high-speed stops. Red calipers add to the dramatic track-ready appearance of 1LE.

1LE is instantly recognizable by its unique matte-black hood – no additional stripe content is allowed.

The front and rear wheels of 1LE are borrowed from the ZL1 and have a low-gloss black finish with a 10-spoke design. They are optimized to hold up on the track and provide a powerful appearance. The Goodyear Eagle F1 Supercar Generation 2 (G:2) front and rear tires1 (identical to the front tires for ZL1) contribute to outstanding handling.

This flat-bottom steering wheel (borrowed from ZL1) provides room for heel/toe operation and makes getting in and out of 1LE easier. This wheel, accented with stone color stitching, makes the car feel more nimble and connects the driver more directly to the car.

Borrowed from ZL1, the 1LE shift knob looks as good as it feels, wrapped in sueded microfiber and accented with stone color stitching. The 1LE also shares ZL1’s GM-designed short throw shifter, which has a 5.1:1 ratio — the new standard for Camaro.

(Included on 2SS models) Help see items behind the vehicle with the Rear Vision Camera, displayed on the 7-inch color touch radio screen.

The half shafts of 1LE have been “beefed up” to handle the higher grip and handling of the 1LE rear tires.

Borrowed from ZL1, the innovative power assist system is custom tuned for the 1LE.

This available system (borrowed from ZL1) provides refined tuning at low engine speeds and a low-restriction exhaust at high engine speeds. It utilizes a vacuum system, coupled with twin valves located at the exhaust tailpipes.

Camaro sales were up nearly 20 percent for the first two months of the year, building on an 8.5-percent gain for all of 2011. The 1LE package goes on sale this fall with the 2013 Camaro line. Pricing will be released later this year.

The 2013 model year Camaro offers something for almost every driver, including: the 323-horsepower, 30-mpg 2LS; the all-new, 580-horsepower supercharged ZL1 convertible; the COPO Camaro for drag-racing; and the new 1LE for amateur track days. Chevrolet continues to dominate the performance sports car market. 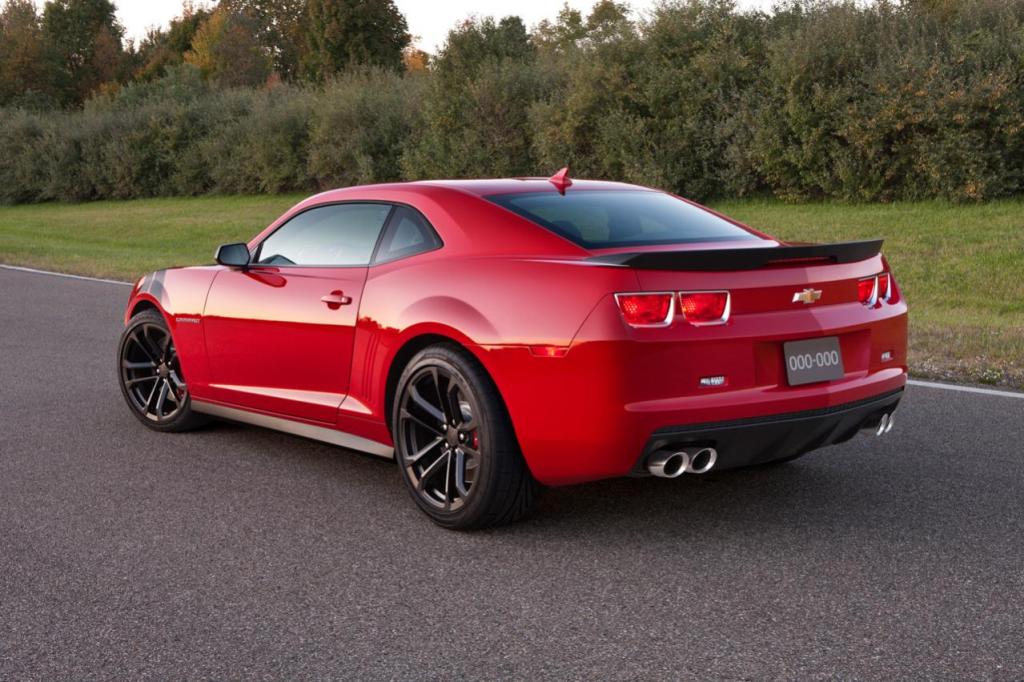 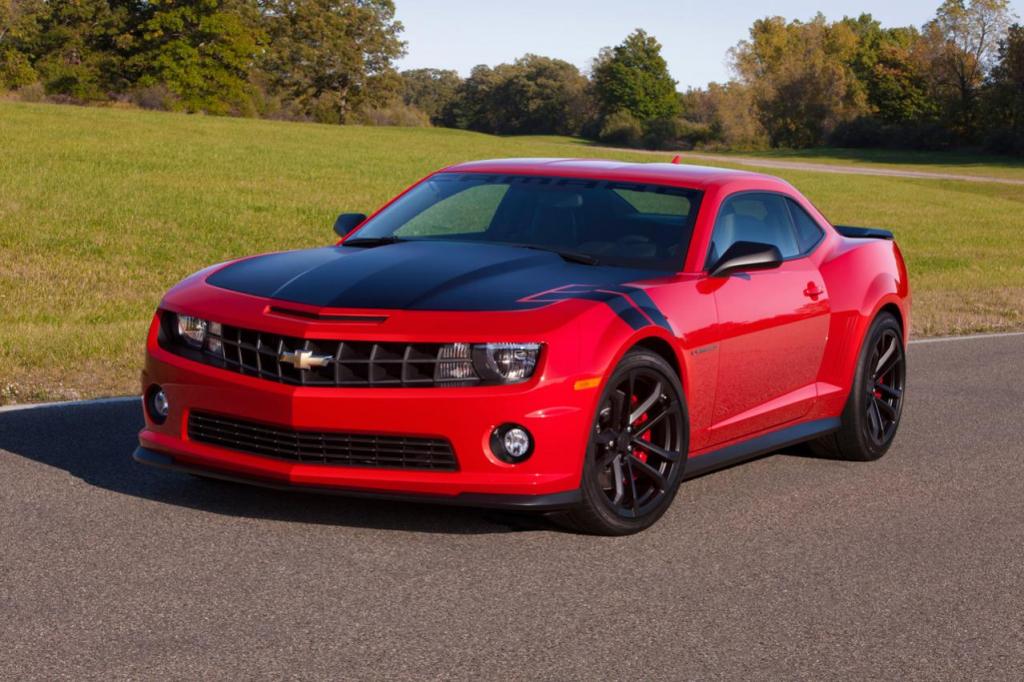 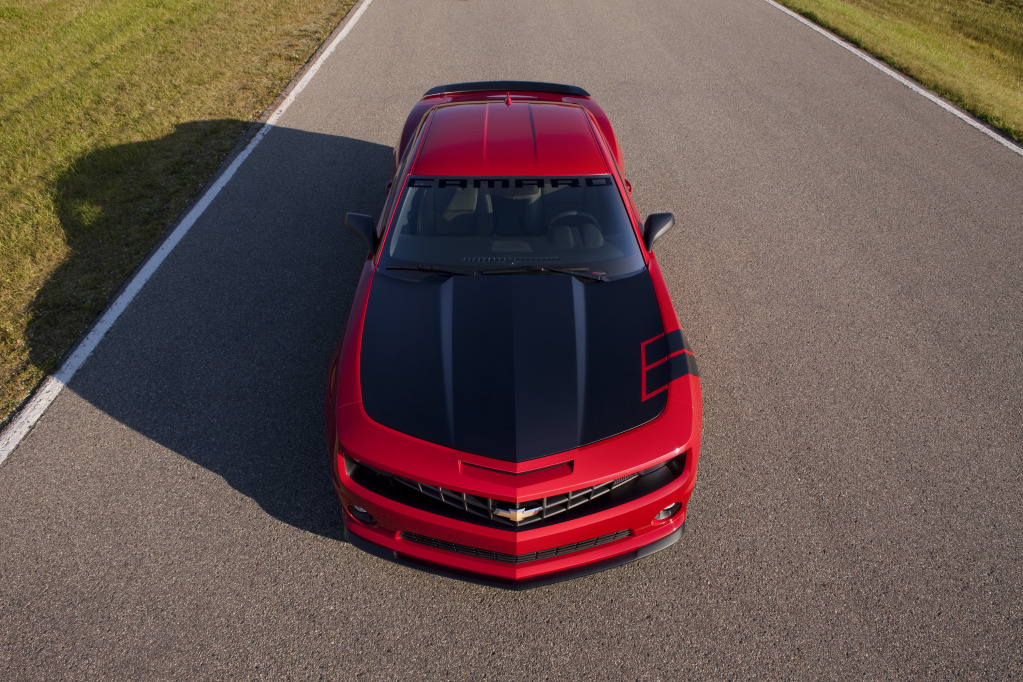