Circuit of the Americas

Circuit of the Americas (COTA) is an all new state of the art motorsports and entertainment venue. It is located in Austin, Texas just 15 miles from downtown.  It is a purpose built facility designed to host the Formula 1 United States Grand Prix and the V8 Supercars events.

The venue is expected to draw hundreds of thousands of fans from all over the world and seen by some 30 million-television viewers worldwide. COTA hosted events are expected to generate $400-500 million annually for Texas. The Formula 1 United States Grand Prix is estimated to bring in 300,000 people each Grand Prix weekend, 80% of which are from outside of Texas. The jobs created and economic boost to the Texas economy should prove to be positive.

On November 18, 2012, the facility entered the record books by hosting its own Grand Prix event as the first purpose built F1 racetrack in the country. A crowd of over 117,000 fans watched Lewis Hamilton claim his fourth Grand Prix victory of the season. Coming in second place was the current points leader, Red Bull Racing’s, Sebastian Vettel. The points race is tight and with Hamilton’s victory this weekend the championship will not be determined until next weekend in Sao Paulo, Brazil. Stay tuned for another great race. 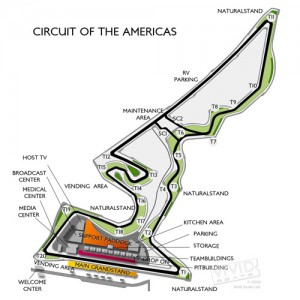 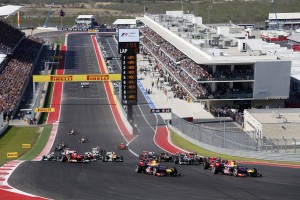