The History of the Chevrolet Bowtie

The Chevrolet Bowtie has been one of the World’s most recognized trademarks since 1913. Louis Chevrolet and William C. Durant founded Chevrolet on November 3, 1911. General Motors later acquired Chevrolet in 1918. 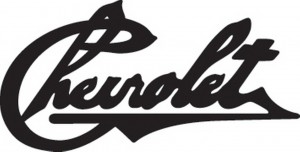 William C. Durant introduced the first Chevrolet Bowtie Badge in 1913. It was applied to a trio of new 1914 Chevrolet models.

Coloring was changed to Black in 1934. This is how it appeared in advertising.

The Bowtie got some color in 1940. The Blue and Yellow was used into the 50’s 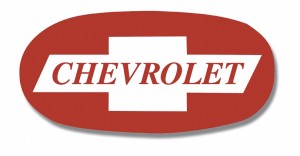 1960 came along and the Bowtie changed again. A simple Black and White logo without the oval.

Chevrolet Bowtie Logo as it appeared in 1977-1979 print advertising.

The Chevrolet Bowtie changed in 1985. This logo was used for the “Heartbeat of America” ad campaign. 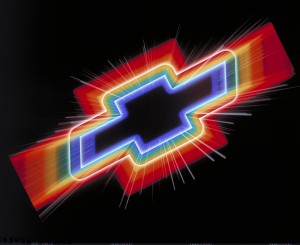 In 2000 the Bowtie was changed to a Red-outline. It was known as the “Chevrolet Motorsports Logo”.

Beginning with the 2004 Malibu, the Chevrolet Gold Bowtie Badge was phased in for use on Chevrolet cars and trucks.

This is the current Chevrolet global gold bowtie logo. Chevrolet cars and trucks are marketed in 120 countries and regions worldwide.

What a history!  Cannot wait for our kids to see what we look like in another 100 years.